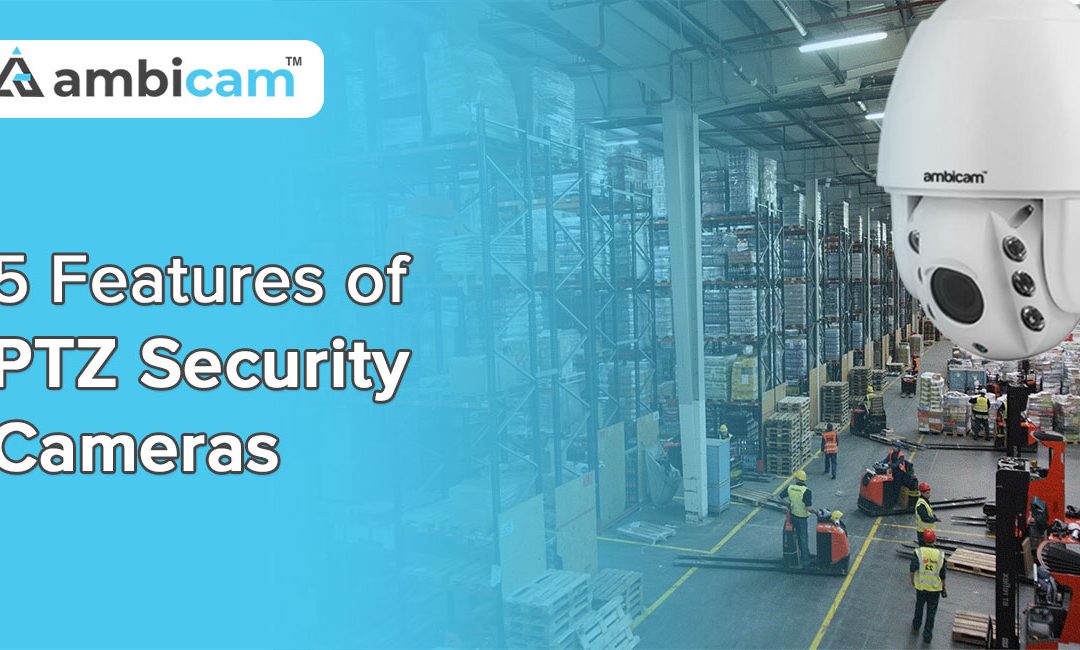 It is impossible to overstate the necessity of robust security measures in both homes and workplaces. With crime on the rise and burglaries becoming more regular, installing a comprehensive surveillance system is more important than ever. Aside from breaking-and-entering, others may resort to shoplifting or pose as gangs of criminals, causing considerable complications.

These recordings can be used to track and prevent criminal activity. In a court of law, CCTV footage can also be used as evidence. As technology has progressed, powerful night vision cameras can now film every activity at night.

The PTZ(pan-tilt-zoom) camera is one of the most recent advancements in home security cameras. A PTZ Camera, unlike a traditional CCTV camera with a fixed point of view, can be spun both vertically and horizontally to capture a considerably greater picture.

How Does PTZ Work

The cameras can move to the left and right, providing a wide field of view. Pan can go from a full 360-degree circle to a smaller area.

The camera may be tilted up and down, allowing it to capture a large vertical range. The amount of tilt that a camera can achieve varies per model, however, it can reach 180 degrees in some cases.

Optical zoom mechanically changes the focal length of the camera lens, allowing it to zoom in and out while maintaining image quality. The number of times the camera can zoom is indicated as #x, for example, 18x (change the lens focal length) When you zoom in too far, digital zoom uses software to magnify the image, which might result in pixilated images.

The ability to spin the camera horizontally by 270 degrees and vertically by 90 degrees is one of the main features of a PTZ CCTV Camera that makes it so distinctive. You can modify your field of vision by panning (moving side to side) or tilting (moving upwards or downwards) the camera lens with the help of software, thanks to a pan and tilt motor integrated with the camera. Although it is dependent on the security camera’s mounting placement, most PTZ cameras can catch the entire 360-degree region. This function reduces blind spots, reducing the need for a large number of security cameras, making them perfect for covering large areas such as buildings and parking garages. One or even two PTZ cameras can sometimes offer sufficient coverage for the entire region, lowering overall camera expenditures while maintaining security.

No matter how much or where a PTZ camera is panned, tilted, or zoomed, it will capture a clean image with the AutoFocus feature. The autofocus feature on most PTZ cameras adjusts the camera’s IR lens and focuses on the image even in complete darkness. This feature aids with the capture of high-quality photographs in a variety of lighting situations.
The PTZ camera has a tremendous zoom range of 12 to 40 times. This allows for clear photographs even when the object is far away from the camera, and the camera can be camouflaged while still capturing clear images.

The majority of CCTV cameras do not capture sound, limiting the volume of data that can be accessed. The built-in microphone on the PTZ camera records sounds along with the recorded visuals. This assures that you are fully covered in the event of an accident.

When it comes to standard CCTV cameras, their location must be seriously evaluated. In addition, if you wish to move the camera after installation, manually removing it and installing it in the new location becomes cumbersome. When it comes to PTZ cameras, all of these issues are avoided. As you can quickly adjust the camera virtually using the pan and tilt capability, their placement doesn’t have to be highly planned. If you wish to cover new locations, utilize the software to swivel the camera in that direction.

PTZ IP Camera
PTZ internet protocol (IP) cameras can be set up using WiFi or PoE. (PoE). When compared to analog PTZ cameras, digital PTZ cameras have a lot of advantages.
PTZ PoE Camera
A PoE camera receives electricity and an internet connection via an Ethernet wire that connects to a PoE switch. It has a significantly longer range than WiFi.
PTZ Analog Camera
Analog (CCTV) PTZ cameras record security footage using an analog video signal and are connected to DVRs through coaxial wires.

Conclusion:
In a security application, the importance of a pan-tilt-zoom camera is evident. The ability to manage a camera from a distance allows a user to cover a considerably broader region with a single camera. This saves money for any security system because one camera can replace numerous static cameras. Additionally, whether used for security monitoring or recording, the camera’s guard patrolling and auto-panning functions allow it to automatically cover a broad area without the need for user input, making it ideal for covering larger regions overnight.